Get a quote now

"Treat customers like you would your own family. Be honest and ethical in everything you do. No gimmicks, misleading quote advertisements or sales tricks. This is how we respect our customers and build our business."

We never try to sell you more than you need and will work hard to make sure that you are getting the best rate. At Great Southern Agency, our business is built on our reputation. Fifty-one percent of our new customers are referred to us from other satisfied customers and therefore we are held accountable to each of our customers.

Meet our team of experts that will ensure you have the best coverage possible, at the lowest rates available.

Julie is a co-owner of Great Southern Agency, which was started by her father over 32 years ago. She continues to uphold the values that Great Southern Agency was originally founded. Julie started out at 16 years old working in the insurance industry. She then earned a BBA at Stephen F Austin University and had a 20+ year career as a Senior Business Data Analyst for companies including USAA, Toyota Corporate and Wunderman. Julie came on board at Great Southern Agency in 2017 and loves the industry where she started. 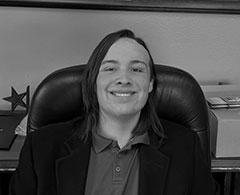 Ethan is currently a junior at Tompkins High School. Driven and ambitious from a young age, Ethan has always wanted to become an entrepreneur. He has a strong work ethic and his compassion for helping others has made him stand out among his peers and teachers. He currently holds a 3.5 GPA and is a Certified Microsoft Office Specialist. His current role has him learning the day-to-day operations of running and owning an insurance agency. With Ethan on board, the future of Great Southern Agency looks bright! 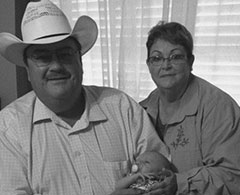 Born and raised in El Campo, Texas, Herman played football for and graduated from Texas A&M University, class of ’73, with a Bachelor’s degree in Agriculture Economics. He earned a LUTCF designation from the National Association of Insurance and Financial Advisors.

Herman began working in the insurance business in 1985, working with Farm Bureau for over 28 years. Prior to this, he was a row crop farmer in Wharton County. He has been active in his church, Rotary Club, Life Underwriter’s Association, 100 Club, and Wharton County Electric Cooperative.

Herman has been married to his wife, Katie, for thirty-five years. They have two sons and three grandchildren. 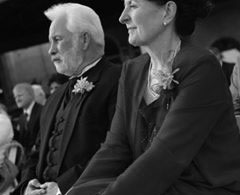 In 1989, Paul and Judie Jacks founded Great Southern Agency, Inc. and built a loyal personal and commercial insurance customer base through honesty and hard work while providing outstanding customer service for our community. Paul served in the United States Marines before attending Stephen F. Austin University. He credits his late wife Judie for much of his success. "She stood right by my side for 48 years and if it was not for her, I could not have been successful in business." Paul retired from insurance and Great Southern Agency 2017.

WHY WORK WITH US?